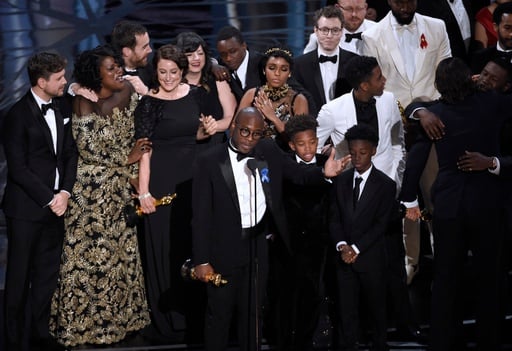 And the Oscar goes to… the wrong movie!  As bad as the guys at La La Land feel today, the folks at PWC undoubtedly feel ten times worse.

Yup, this is why crisis planning matters.  As we say to our clients all the time – mistakes happen.  Even in today’s world where those errors (large, small and silly) get played on a never ending loop in social media (the water cooler has exploded today, folks!), people can be pretty forgiving.  What they don’t forgive is a failure to plan for those mistakes.

So what should PWC have done differently?  I would argue that their hubris in thinking that a mistake was “so unlikely” (as the PWC folks responsible for this mess said to HuffPo a few days before), actually made the mistake more likely to happen.  If they hadn’t been so confident, they might have done the following:

Assessed long time protocol:  Who knew before today that there were two sets of envelopes, one on each side of the stage.  In my mind, that’s ripe for error.  When is the last time anyone considered the benefits and risks of that approach?  Was it really necessary?  It is wise to routinely re-evaluate long time policies and procedures; just because they’ve always worked in the past doesn’t mean they still make sense.

Prioritized function over style:  The envelope design changed this year, making it harder to read the type on the outside and (possibly) leading to the error.  No doubt style and image matter in today’s world, but functionality has to be tested.

Created and trained on good protocols:  Were the folks responsible for handing the envelopes over trained on what to do to assure that the right set made it into the right hands?  Was there a box to put the unused envelopes in at the end of each award?  Were there sticky notes with numbers on top?  The tools they used to create a fail-safe don’t really matter, what matters is that they exist…  And clearly, they did not.  Just because you’ve been doing it one way for 83 years doesn’t mean that’s still the right way.

Planned for when it goes wrong:  Anyone watching the Oscars knew immediately that Warren Beatty was off.  And that people with headsets shouldn’t be scurrying around on stage during the night’s most important speech.  But no one knew what to do.  And while crisis drills may seem a little hokey, they would have identified a few clear opportunities to limit risk: a) what should a presenter do if he or she thinks the wrong envelope was given (as Beatty clearly realized), b) when and how will the PWC team step in to correct the mistake (these guys MEMORIZE the winners… they knew immediately), c) what role the host plays in smoothing things over.  Thankfully Jordan Horowitz was a pro and absolutely gracious to the Moonlight team. But that shouldn’t have been his job.

Will this hurt PWC’s reputation for the long run?  It’s certainly an unnecessary distraction and embarrassment for them.  But they could have shown the world what good crisis management looks like by planning for this one to happen in advance.

As president of Denterlein, Diana Pisciotta provides high-level guidance to C-suite leaders, particularly during highly-sensitive crisis situations. From cyber security breaches and regulatory investigations to patient deaths and labor negotiations, Diana is a trusted advisor to the most recognized companies and nonprofits in New England. A regular speaker and writer on crisis communications, she leads workshops and spokesperson trainings for companies and non-profits of all sizes.