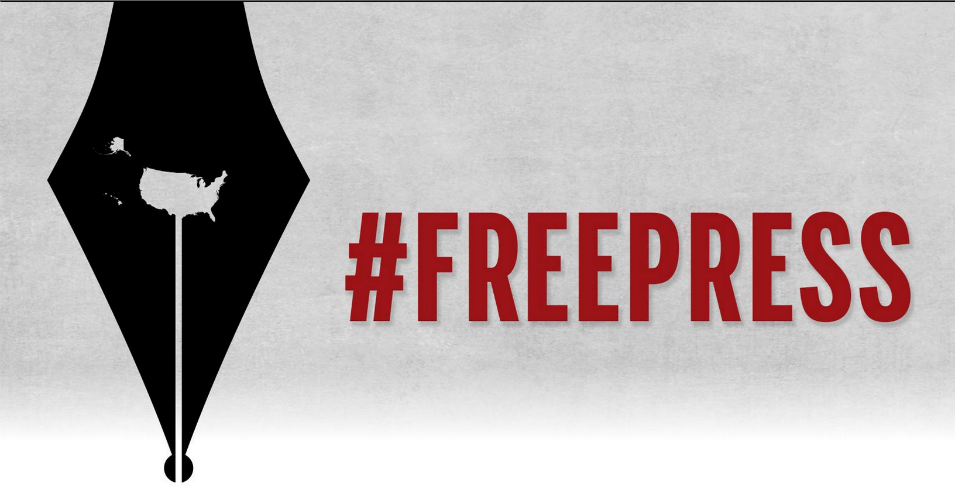 The conversation of the day is freedom of the press. So far, it has been directed by members of the media. In the spirit of “It’s our First Amendment too,” I posed these questions to a wide group of local leaders and asked for their thoughts.

We are still collecting responses, but here’s a sampling of the first few that came in.

The allegation that journalists are the enemy of the people couldn't be further from the truth. Just look for a moment at the recent story of sexual abuse among priests in Pennsylvania. The scandal of abuse within the Catholic Church was first exposed by the Boston Globe and serves as an example of how good investigative reporting can bring about social change and can serve to better our society.

Of course, the press doesn’t get it right all of the time. There are always times when quotations are taken out of context or given the wrong emphasis.

But, most importantly, I would like to see reporters expand their sources for stories to more accurately reflect the breadth, interests and experience of the diverse population that makes up our community. Too often, the press relies on the usual subjects to amplify issues. By casting a wider net, the press can enhance its credibility and build trust among readers and viewers.

The President’s characterization of the media as the enemy of the people undermines one of the core principles of a democracy -a free press - and it demonizes those hard-working members of a profession that merits respect. This, of course, has been a consistent theme for several years now, and it is what led the Barr Foundation to fund a special initiative in 2017 that provided $1.4 million in support of investigative journalism and efforts to protect freedom of the press.

One of the consequences of the current media environment, and the many options before us for news and opinion, is that we can easily find ourselves in an echo chamber, where we hear and read what those who are similar to us think and believe. My own view is that media outlets that aim to cover issues from a range of perspectives and bring voices from a diverse set of backgrounds are important in this context. Such an approach enhances credibility and broadens the public’s understanding.

The Roundtable is fundamentally a public policy organization and I have spent a career in the state’s public policy space. In my experience, the media enables fact-based dialogue, provides a forum to generate and share ideas, is a conveyor of information, and a critical check that informs vigorous public policy debate.

Do I agree with everything I read and hear? No, because different perspectives animate our society. But, do I believe the media is the enemy of the people? No, I absolutely do not.

The media is not the enemy of the people. To the contrary, the media and a free press is a critical, constitutionally protected cornerstone of democracy. At its best, it serves as a forum for the thoughtful exchange of ideas and as an important source of objective information. It is incumbent upon all citizens to stay informed, consult several sources and make up their own minds on important issues of the day. The media is a valuable tool to help them do that.

Overall, I think the outlets do a decent job in presenting information accurately and fairly. I think there is a cause/effect issue at play - meaning that the stories news outlets choose to report and the amount of coverage given to anyone issue tends to reflect the priorities of their viewership/readership. As society has become more polarized, so too has news coverage.

Not all media outlets are created equal. For the most part, I think the print media does a good job providing detailed information and objective analysis because they devote more space to their news stories and have reporters with subject matter expertise that allows them to convey more than one perspective. In contrast, the proliferation of TV media channels and the 24/7 news cycle has led some stations to introduce more subjectivity and editorial commentary. And, there seems to be an incessant rehash of events to fill the lineup. Social media is a double edged sword. On the one hand it can be very beneficial in that it allows many voices to be directly heard and many perspectives to be shared. But it also poses a danger because it provides legitimacy to bogus or in accurate claims.

A free press is an essential part of democracy and the country we want to live in. It should be something that we celebrate and protect at all cost. That an elected official undermines this principle is disheartening.

I’ve been fortunate to work with journalists for over 20 years in this media market and they ask engaging questions, they have a thorough understanding of the content they cover, and they push hard to get to the truth. These are the attributes we want in media outlets. Sometimes they have a point of view, but on balance, we’ve been fortunate to have strong and professional media outlets here that have been excellent, professional, objective and have a desire to share information in a thoughtful way.

There have been times when media outlets have had opportunities to engage the public, sort of like town forums. Those types of opportunities to relate to the community in a direct way, through earnest and sincere engagement, strengthens journalists’ perspectives of how their stories affect their readers and the broader public. It also strengthens their ability to write in a way that is more conscious of their readership while broadening their perspective on the subject area and the impacts it can have. The more opportunities they have to do this, the better.