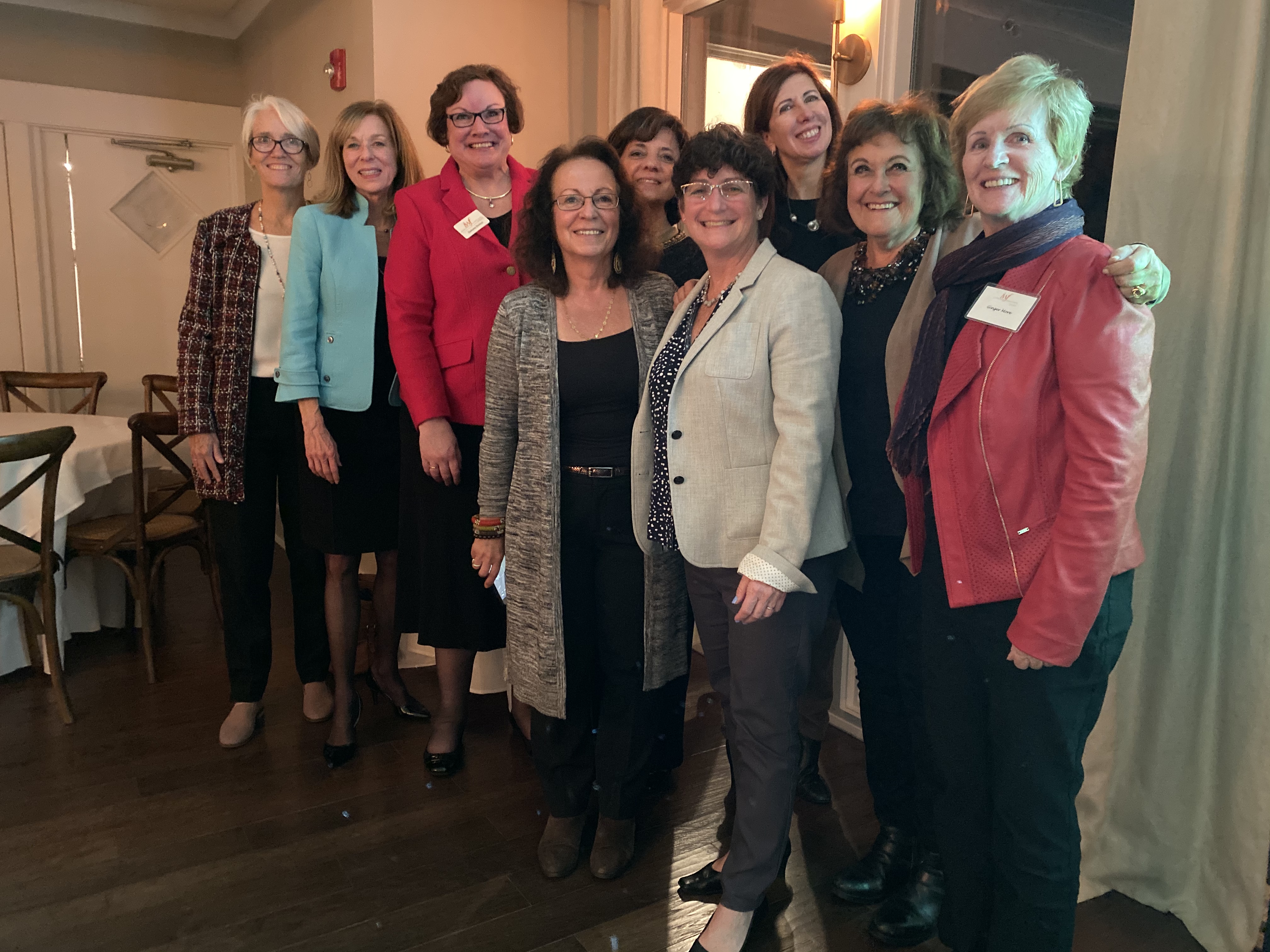 Cannabis has everyone talking, including members of the International Women’s Forum. Recently, the Connecticut chapter hosted a dinner and asked me join as one of the speakers.

The setting at the Robert Sherman Inn was vintage New England and the dinner, 5-star. In case you are wondering, recreational cannabis is still illegal in Connecticut… so, our group got high on information.

Investor Andi Goldman provided a survey of the state of the industry. Lynn Clarke, who serves as a director on the board of cannabis related start up, discussed the importance of good governance and how board member and advisors can contribute to this new industry.

· Recreational marijuana use is legal in 11 states and DC

· In 2018, legal cannabis was a $10 billion industry in the US and growing exponentially

· In Canada both medical and recreational use is federally legal

Investment opportunities abound in the cultivation and distribution of cannabis, but also the ancillary businesses such as security, automation and consulting services. In Massachusetts consumers are expected to spend $825 million by the year 2022.

No wonder savvy women are eager to learn more.

In preparation for my role, I interviewed the chairman of the Massachusetts Cannabis Commission Control Board, Steven Hoffman

Over a long cup of coffee at the Harvard Club, we discussed a wide range of topics, three of which seemed top of mind for the Chairman.

Anyone of a certain age will remember being taught that marijuana is the “gateway Drug.” Take one puff and you will find yourself tripping on LSD. It wasn’t just the nuns in my Catholic school that took this approach, it was also the federal government. In 1969, President Nixon declared a “war on drugs”, classifying marijuana as a schedule one narcotic - in the same category as heroin. This led to the incarceration of a disproportionate number of black and brown people whose lives were forever changed by a criminal record. According to the ACLU, blacks are 3.75% more likely than whites to be arrested for marijuana.

With the legalization of recreational marijuana, individual states are making efforts to redress this in part by providing opportunities to those communities most impacted by this policy.

Commission Chairman, Steve Hoffman is a proud defender of regulations that promote diversity among owners and operators of dispensaries saying, “inclusion is critical to the value proposition imbedded in legalization.” He notes that legislation recently passed in Illinois using the Massachusetts law as a template.

In the sixties, there was the “summer of love,” “Woodstock” and, of course, “hippies.”

But there was also Spiro Agnew, Lawrence Welk and Art Linkletter. In the minds of millions of Americans who listened to these voices, marijuana not only led to harder drugs, but also contributed to violent crime and wanton sex.

Even today, there remains a stigma. “You can’t legislate that away”, says Hoffman.

However, stigma may begin to fade as the public becomes more educated on the science and uses of cannabis. As businesses in the industry demonstrate legitimacy by hiring qualified managers and bringing on talented directors or advisors, the public will begin to respect owners and operations. In Hoffman’s words, “the process of normalizing cannabis involves those in the business conducting themselves according to the conventional norms of business behavior. Financial stability and honesty are critical.”

· Becoming active in the civic and business community

· being mindful of public safety concerns

· remaining current on the issues in the local press/social media

“Zoning is a local issue and though cities and towns can’t use zoning as a de facto way of banning shops, owners of cannabis stores should work closely with neighbors and abutters to demonstrate that can and will be good neighbors.”

Massachusetts is called the Athens of America. Why?

Our founders valued an engaged citizenry and subsequent generations have taken that concept quite seriously. So when a new industry as controversial as cannabis wants to locate in a city or town, a business owner must do her homework. That means understanding what messages can persuade even the most recalcitrant listener. She must emphasize the economic benefits of the new “pot shop” while taking on the tough questions about traffic, safety and noise. In other words, a prospective owner must build a community relations campaign.

So, now that medical and adult use of cannabis is legal in Massachusetts, what’s next?

On a federal level, expect to see increasing pressure to liberalize banking and marketing regulations as well as efforts to remove marijuana from the class one category of drugs.

Investment opportunities in the public and private markets will multiply. Home delivery will promote more convenient access. Cannabis Cafes/marijuana lounges and cannabis tourism will prosper, and widespread use of CBD infused products will expand.

As for a final word from the Chairman of the Massachusetts Cannabis Control Commission, I asked what advice he has for anyone applying for a license to cultivate or sell marijuana.

“Read the regulations. You would be surprised how many don’t.”