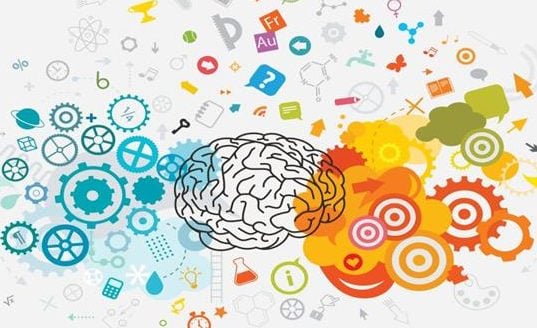 Brainwriting was born from the frustrations that occur when 10+ people all try to talk about the same thing at once: Extroverts in the group often dominate the session; the first ideas mentioned disproportionately influence the direction of the conversation; listening and focusing on others’ ideas takes away from one’s own ideas. Brainwriting is a way to silence all the chatter and emphasize getting a broad range of ideas circulating the room.

The notion is simple: Group members write their problem-solving thoughts on pieces of paper.  Those sheets of paper are passed around the group and people read each other’s ideas while they continue to write down new ones of their own.  This still allows for the sharing and building of ideas, without the face-to-face pitfalls of having to simultaneously listen, think, collaborate and respond.Brainwriting can be done individually or in groups.  Whatever the strategy, brainwriting captures the inspiration of group-thinking in its most positive light.

Does your organization have a company car? With room for 5+ people?  Rather than gathering around the same old conference table and writing on the same old whiteboard, take your think tank to the streets.  Getting outside the office can relax the atmosphere and avoid a forced or awkward session.  A 15 to 20 minute drive around town can make it more comfortable for your more introverted team members and allow fresh ideas to flow more freely.  A recording device or designated transcriber ensures all ideas are documented.  Just make sure everyone’s buckled up!

Other examples of mobile brainstorms are biannual retreats to locations such as a Lake House or campground.  Such expeditions are known to build solidarity and chemistry between employees and feed the creative process.  Additionally, urban “innovation districts” popping up around major cities offer shared workspaces designed specifically for group collaboration.

One of the biggest breakthroughs regarding the old fashioned brainstorm was that it wasn’t lasting long enough.  A half-hour session may seem like a quality block of creativity, but really all it does is limit the brain capacity needed to summon new ideas.  It’s typically after all the original ideas are exhausted that the true creativity begins to show. Extended brainstorming sessions represent the marathon of resourceful thinking.  They are an attempt to harness this exhausted brain and push its processing power for subconscious ideas that normally wouldn’t float to the surface.

By this practice, the first session of brainstorming would last a minimum of the whole morning or afternoon.  It is after the initial blitzkrieg of ideas that the conversation will stagnate.  Embrace this inactivity as a chance to think outside of the box—a box that is rarely opened inside a 30 or 60-minute session.  You’d be surprised what can manifest itself from the depths of your consciousness.  After even the most extravagant ideas are recorded, participants can divide to thoroughly evaluate all the proposals.  Extended brainstorming sessions still allow for the vocal sharing of ideas, but with added time frames dedicated to reflection, narrowing and readdressing.

Rolestorming requires participants to think outside of their own philosophy and approach an idea from someone else’s perspective. Essentially, members don a “role”, each with its specific viewpoint and attitude towards the problem at hand.  Options may include client, the optimist, critic, competitor, or moderator.  Another could simply be the “wet blanket” or devil’s advocate to make sure even the negative thoughts are being vocalized.

Designed around the formal discussion practice of a Socratic seminar, the back-and-forth of rolestorming forces participants to counter ideas and suggestions posed by the other members.  Ideally, this volleying of problems and solutions entwines all participants until one of the roles encounters a “eureka” moment they never would have come across without a little resistance.

For companies with employees over the age of 21, Friday afternoon “brewstorms” have become a popular way to build camaraderie, collaboration, and generate new ideas around common challenges. Brewstorms, a brainstorm with alcohol, break down some of the social walls that can be stifling during a typical brainstorm.  Those who imbibe may recall a famous saying: “alcohol loosens the tongue.”  A brewstorm embraces this philosophy and forces trepidations, insecurities, and second-guessing to take a backseat.  However, when participating in such an event, it’s always wise to remember the Peter De Vries quotation, “I write drunk and revise sober.”
By Alex Boonstra