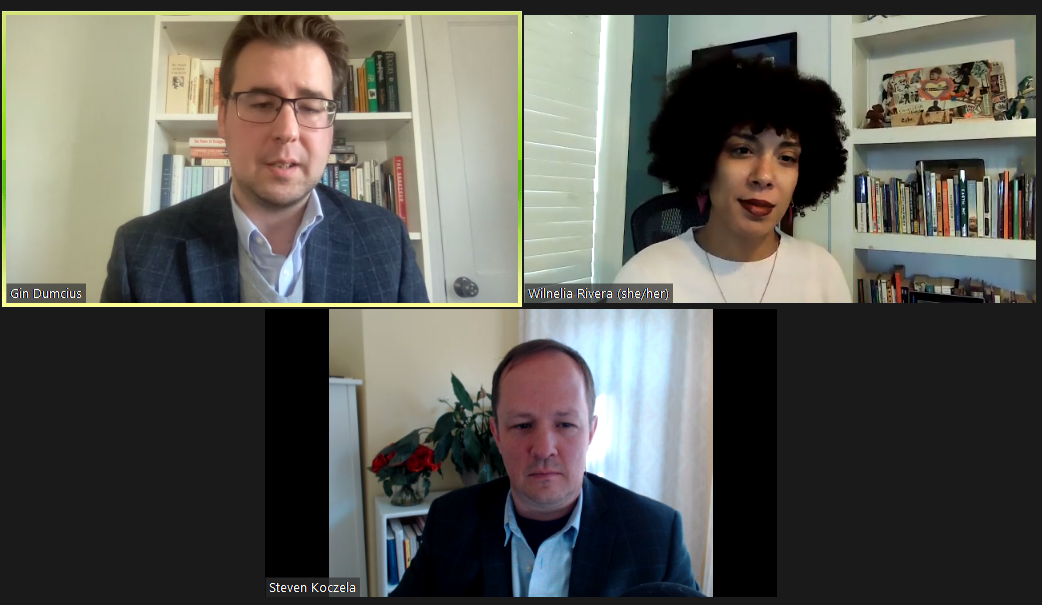 This week’s historic election was bound to deliver a woman Mayor to the city of Boston – the first in its 199-year history. We brought in 3 experts to analyze the results: Steve Koczela of MassINC Polling Group, Wilnelia Rivera of Rivera Consulting, and Gin Dumcius of the Dorchester Reporter, came together for our latest In the News virtual event. Here’s what they said.

The Polls: While polling from 2016 and 2020 wasn’t always reliable, they proved right in the spread for mayor-elect Michelle Wu. Election night ultimately came down to voter turnout. “What the polls were showing in the lead up to the preliminary was that Michelle Wu was consistently in first place” said Koczela. As shown by MassINC Polling Group, the Wu campaign was able to gained traction by securing votes in every single precinct that favored the other preliminary candidates. Runner up Annissa Essaibi George was never able to capitalize beyond her already-dedicated neighborhoods. An October poll showed Wu holding a wide lead in the precincts of more diverse neighborhoods, especially with the endorsement of acting-mayor Kim Janey, thus leading her to victory.

The Coverage: Boston has a unique public media market; while competitive, outlets are collegial, leading to a healthy landscape. With diverse voices covering the election, there was a more meaningful attempt to shape the narrative not only around the candidates, but around key issues voters care about. Gin Dumcius noted: “If you were a voter in Boston, you were pretty well served by the media.”

The Ads: This election season, attention turned to super PAC spending on advertising; the panelists all noted drastically different approaches by the PACs supporting each candidate. While the Wu campaign made it clear that it wanted PAC ads to stick to positive messaging and the PACs did so, those PACs supporting the Essaibi George campaign pushed out negative ads in the waning weeks of the campaign. The panelists found that approach interesting (and ultimately unsuccessful) given Wu’s promising favorability and visibility.

The People: For obvious reasons, this mayoral election stands out from those that came before. And while many factors point to a new era in Boston, some elements of tradition remain. Like many of her predecessors, Michelle Wu has been able to gain traction and build a durable coalition for years while remaining visible and involved in Boston’s many neighborhoods. This was key to her success; her unique lived experience was not going to stand out among such a diverse field, her presence and policies are what shined through. Wilnelia Rivera noted Boston’s unique approach: “You can’t just campaign for votes. You have to show up at the veteran’s home, the elementary school, the corner pizza shop. We have the expectations of a neighborhood.” And Michelle Wu was able to do it, which made her lead so strong.

With Michelle Wu’s historic election, and rapid transition to office, attention is focused on her first priorities. As all panelists agreed, personnel is policy. Wu’s first hires will speak volumes to her leadership style and priorities for the future of the city of Boston. Panelists stressed their eagerness to watch the Wu campaign begin to enact change; running on what many considered “Pie in the Sky” ideas, each noted that Michelle Wu is the candidate that can get it done.