The Amazon Impact: What the Move Could Mean for Business 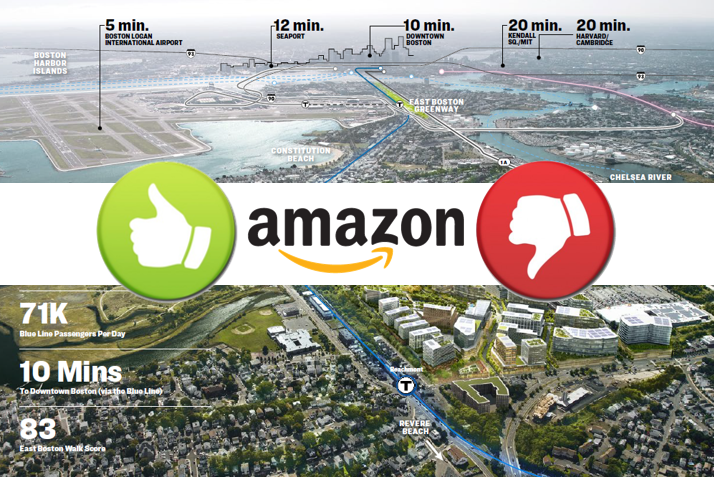 Last week Amazon unveiled its long awaited shortlist of contenders for the commerce and technology giant’s second headquarters—the 20 cities were not that surprising.

Since the launch of its fierce HQ2 competition—let’s be honest, this feels a bit like the Hunger Games—a few cities have stood out as Amazon front runners, with Boston being one of them.

While our city is well suited for Amazon’s HQ2 due to its talent, innovation, culture, and logistics, there are mixed feelings surrounding its potential impact on traffic congestion and transportation, real estate, job creation, cost of living, education, etc.

If Boston wins the Amazon bid, what will it mean for the business community?

We asked members of the Denterlein senior team for their thoughts, and also included a brief quote from Boston Mayor Marty Walsh:

“The Amazon bid has reinforced a point our real estate and business association clients have been making for quite some time: a lack of diversity in our housing supply will ultimately hamper our ability to grow our economy. Whether or not Amazon chooses Boston, we should be actively considering adopting some of the proposals designed by Governor Baker and Mayor Walsh to improve flexibility to construct a wider range of housing at different price points throughout the city.”

”As a member of the Bridgewater State University board, I have a vested interest in how Amazon can offer graduates of the region’s public higher education system interesting career paths. However, in order to achieve this, there must be a focus at the state legislature on assuring that public higher education remains affordable, and that colleges and universities have the ability to partner with local/regional businesses and adapt to changing workforce needs.”

“While there will always be naysayers worried about the traffic and infrastructure impacts of new business coming into the region, harnessing the collective voices and strengths of business associations across the city and state—such as AIM, the Greater Boston Chamber, and the Alliance for Business Leadership—will allow us to continue competing with emerging markets. Together we should be crafting a message that solidifies Boston as the best place for business, innovation, and quality of life.”

"I am proud that Boston is on Amazon's shortlist for its second North American headquarters. As a thriving city with a talented and diverse workforce, culture of innovation, and opportunity for all, I see no better city than Boston for Amazon to call their second home."

Despite differing opinions, Boston dipping its toe into the Amazon pool has not been an exercise in futility. If anything, vying for Amazon’s attention has brought key discussions to the forefront and has the city thinking beyond Amazon to how it might market/position itself for future similar bids.