"Wait for it?" When and how to share bad news 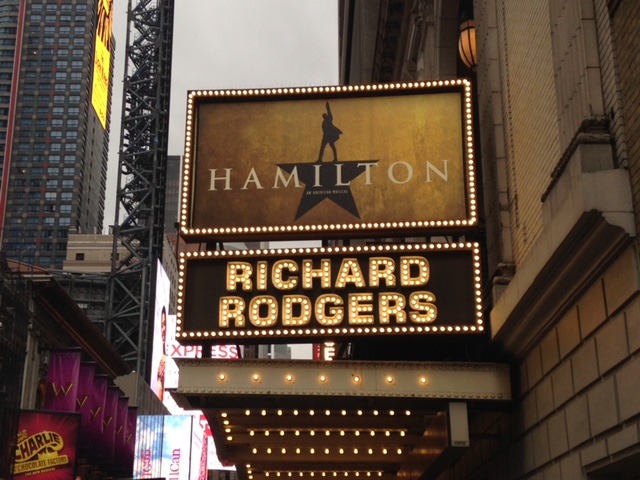 Nearly every day clients ask: should they “get out ahead” of bad news? In the wildly popular musical Hamilton, the title character also faces this dilemma.

Still humming “In the Room Where it Happens” and “It’s Quiet Uptown,” days after seeing the widely acclaimed Broadway musical Hamilton, I had the thought that the lead character - in history and in the play - faced a crisis not dissimilar to some of our current PR clients. Nearly every day we are asked to advise our clients: should they “get out ahead” of bad news and reveal it themselves? Or should they stand ready to respond, waiting to see if anyone finds out first? As this brilliant play unfolds, Hamilton is faced with this all-too common dilemma.

In the play, Hamilton’s archrivals, future Presidents James Madison and Thomas Jefferson and the scoundrel of the story, Aaron Burr, possess evidence of a devastating secret that could ruin Hamilton. They are envious of the power that Hamilton wields and are desperate to take him down. They had learned that Hamilton was making financial payments to a James Reynolds, payments which they believed compromised Hamilton’s role as secretary of the U.S. Treasury. An investigation ensued and Hamilton was forced to explain that those payments were not political corruption, but rather extortion by Reynolds, the husband of the woman with whom he was having an extramarital affair.

With this lurid drama hanging over his head, Hamilton takes a drastic and bold step and publishes the “Reynolds Pamphlet,” 1797’s version of an instantaneously viral social media thread. Using the medium of the day – a pamphlet – Hamilton tells his side of the story in great detail, attempting to take the wind out of the sails of his rivals by underscoring his innocence of political corruption while confessing the affair. But did he help himself, or make it worse?

Deciding how to react in a crisis is not math—charting the best course requires experience, judgment, and advice from someone who is not too close to the situation (as Hamilton certainly was to his own). We are often asked by clients—should we say anything at all? And if we say something, what should we say? Unlike math, there is no correct answer.

But one thing is clear: preparation matters...

Whether Hamilton made a critical error in revealing this drama to the world, remains grist for historians. But in today’s world of managing reputational risk, these events provide some lessons to be taken by individuals, companies, and non-profit organizations. Every organization should know the key expectations of a company, an individual or a board in a crisis – audience identification, timeliness, transparency, accountability, authenticity, and actionability. If you have not planned for the possibility of a crisis, or your secrets getting out, it is nearly impossible to effectively pull off these tenets in a way that allows you to maximize the opportunity to protect your reputation.

Personally, I believe Hamilton got out too far ahead of the matter and should have had a statement ready for the day the question was asked. We can forgive him, I think, because at the time he was consumed with saving a fledgling Democracy. While today’s organizations may not be comparably consumed, it is important to think about how you might handle the release of bad news and its repercussions.